“Learning is a result of listening, which in turn leads to even better listening and attentiveness to the other person. In other words, to learn from the child, we must have empathy, and empathy grows as we learn.” ~ Alice Miller

When a boy asks his mom for a toy car at the store or a woman asks her husband to do his share of the household duties there is a spoken desire and unspoken need at play.

While the boy and wife are not explicitly asking for these unspoken needs to be met, they are implied just by the very fact that they are human beings with feelings.

Indeed, sometimes you cannot meet another person’s spoken desire, whether that is to stay late or borrow $500 from you; or maybe you can fulfill it, but choose not to for various reasons. The boy may already have a number of toy cars at home so you decide that he doesn’t need another; or perhaps you don’t have the money to buy one. And maybe you cannot do your share of the household duties because you are not clear on what they are (and yes, you could ask to find out) or because you are suddenly injured. Yet despite this, the opportunity is usually there, even in some small way, to meet the other’s unspoken needs.

It’s obviously important to fulfill spoken desires. We sometimes want to buy Jimmy a toy car; we want him to have a few toys. And we need to help out around the house because we know things need to get done and we don’t want our partner to do it all. This is the concrete stuff of daily living, the mechanical things that matter at certain times. And then there is the intangible level beneath that is often forgotten—the stuff of feelings that must be tended to and are held in unspoken needs.

Human beings share a number of core needs. They include touch, purpose, movement, freedom, respect, being heard, valued and seen, safety, affection, shared responsibility, rest, connection and love. These are core and intrinsic to all human beings no matter their culture.

When a child asks for something like a toy car, you can say No to the car but still say Yes to the core, unspoken needs of connection and feeling valued. When someone asks for help around the house, you can say No in such a way that the person behind the concrete desire still feels like they matter; their intrinsic needs of shared responsibility and rest are important to you.

In other words, when you say No to the spoken desire you can still say Yes to the human being. The unspoken can be tended to despite the spoken not being fulfilled.

And that distinction is important to understand. So many of us grew up in family environments where No was communicated in such a way that we felt and were treated like we didn’t matter. Our caregivers may have intended to only say No to our spoken desire, but, over time, we could not help but feel like our unspoken needs, and general sense of self, were invalid or unworthy. They did not get the deeper impact their No’s to the spoken were having on the unspoken, tender places inside.

People don’t always want or need what they are asking for. Sometimes they express a spoken desire, but it’s the deeper, unspoken need that longs to be met more than anything.

An adult may want a new car so she can travel more and explore the countryside; but when looked at more closely what she really wants may be a feeling of peace and connection. She may not get the car, but she could find that sense of peace and connection by having someone listen to and show keen interest in her dreams, or by slowing enough in her life to connect to herself.

A child may want to go to the park when it’s past dark. She might be recalling the many times she’s felt affection from her father on the swings. It’s 7pm and dad’s unable to say Yes to the park, but he can still meet the unspoken need for affection in the way he responds to his daughter’s request; he can still take time to recognize that this need for being in his company matters to him and her.

Obviously, the win-win is to have both your spoken desires and unspoken needs met—to be able to get the car and have the connection, or to go to the park again and feel dad’s exuberant presence with you. But when that is not possible, when one must say No to the spoken desire, there remains the opportunity to say a warm Yes to the unspoken needs.

The gift of Yes And

A child who grows up knowing her core needs matter—feeling seen, heard, valued, etc—is more likely to express those needs and be receptive to others’ needs later in life. She’ll learn that her needs matter and, as a result, more easily empathize with other people’s needs because they, too, matter to her. By contrast, a child who grows up having her core needs invalidated with regularity may grow up acting like she doesn’t need anything at all; she may have a hard time asking for help or making a clear request; and she may grow to be overly independent because she learned that the pain of asking and not having her needs met is stronger than the pain of not having any needs at all.

Knowing this—that these core needs are so utterly important in fostering healthy child development and learning, and in building trust and connection with people of all ages—it behooves us all to learn how to prioritize them in our communications. Using Yes And is a good place to start.

Yes And is a jargon tool I teach in my playshops that has its roots in improvisational theatre. Yes means to acknowledge, appreciate, validate, include, respect and accept. It does not mean to agree, which I’ll get to in a moment. And means to build upon what the other is saying—you add your point of view, your sense of where you would like things to move.

For instance, many years ago I was in a dollar store and a young boy walked up to his mother and said with exuberance, “Mom, look what I found! Fake poo!!” His mother coldly replied, “Johnny! Don’t show that to me, you know I’m a lady!” While mom was busy protecting her image of being ladylike and simultaneously turning down her son’s desire for fake poo, she was also invalidating his unspoken need of being heard and valued (and a kid!). By saying an emphatic No to the fake poo she was also saying No to the boy. Instead, what she could have said (if she was able to loosen up ladylike) is: “Wow, I love that poo!” (Yes.) “And, let’s put it on dad’s seat at the dinner table!” (And.) She acknowledges the poo AND adds to the conversation. Another variation of a Yes And response could have been, “Cool poo!” (Yes.) “What do you want to do with it?” (And.)

But let’s say that Johnny already had fake poo at home or mom had very little money to spend, what then? How can she validate his unspoken need while turning down his spoken desire? How about, “Thanks for showing me the poo, Johnny. I can see how much you love it. AND (not BUT), we need to get going. Could you please put it back?” In this Yes, she validates that the poo matters to him; she sees the glimmer in his eye; in other words, she sees him, which is what matters. AND because Yes does not mean to agree, she can have her own agenda—needs and desires—as well.

Yes to his world, And to hers. That’s what Yes And means!

In regards to our previous example of helping out with the household duties, if someone asks you to help out and you cannot because you are injured, you could say, “I can see how much you really need my help and I really want to take some of the load off of you. And my back is out at the moment. Is there something I can do from the couch?” First, you hear, acknowledge, respect the other’s unspoken need for shared responsibility and rest through a clear Yes. And then you get to share where you are at, what is going on for you, and perhaps you find a middle ground.

Again, both worlds, yours and hers, get acknowledged and are seen as valid. Your needs matter and so do hers.

The person may not like this Yes And response because they really want the toy car, help cleaning the oven, or fake poo; but, at minimum, you are demonstrating that their unspoken, emotional needs are important to you. You show that you care and that goes a long way.

When this is done with regularity—meeting people’s unspoken needs—you may find that they are less attached to their spoken desires because they feel valued or loved in the relationship. At the end of the day it’s one’s feeling state that longs to be tended it. That, ultimately, is what matters. 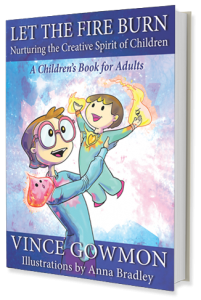